A TOURIST was dragged into a ship propeller and killed after leaping into the ocean to retrieve her flip-flops.

Witnesses screamed in horror as Natalia Andrea Larranaga Fajardo, 26, was struck by the vessel in Colombia.

She began to bleed closely after struggling devastating accidents to her legs and decrease again in waters off White Wata Seashore on the island of San Andres.

Natalia, from Cali, had jumped into the water to get her flip-flops on November 27 when she was sucked into the propeller, in response to studies.

She was rushed by jet ski to a hospital on the island, the place she underwent a number of blood transfusions and surgical procedure to restore her arteries.

Medics additionally needed to resuscitate her after she suffered a cardiac arrest. 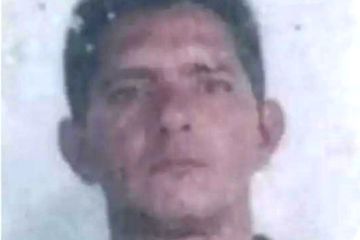 After the operation, she was admitted to the ICU however she suffered one other cardiac arrest – this time deadly – within the early hours of the next morning.

It’s understood the boat concerned within the incident was carrying 24 vacationers and two crew members.

Dimar – Colombia’s maritime authority – stated in an announcement: “The vessel has been immobilised and its two crew members have been positioned on the disposal of the related authorities by the Coast Guard of the Colombian Navy as a part of the due means of investigation.”

Officers in San Andres reminded swimmers to maintain away from transferring boats and to inform crew if getting into the water.

It comes after the son of a Spanish-Venezuelan billionaire banker was killed by a ship propeller after leaping overboard.

Juan Carlos Escotet Alviarez, 31, died whereas making an attempt to save lots of his fiancée, who had fallen from a 60-foot vessel about six miles off Key Largo, Florida.

The tragedy occurred as Escotet Alviarez and fiancée Andrea Montero, 30, have been competing as anglers in a match organized by Ocean Reef Membership in March.

Escotet Alviarez was hit by the propeller simply as he entered the water and died from his accidents, the Florida Fish and Wildlife Conservation Fee stated.